Dungeon Keeper Gold is a re-release and repackaging of Dungeon Keeper, released in 1998. It includes the original game updated with the patch, The Deeper Dungeons, the official level editor, the Direct3D version, and the desktop theme.[1] Also on the disc is a Dungeon Keeper 2 trailer.

Some non-EA releases, such as the SoftKey and collector (not to be confused with Dungeon Keeper Collector's Edition) releases, do not include the soundtrack (presumably for copyright reasons). 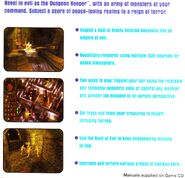 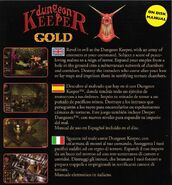 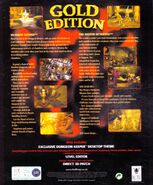 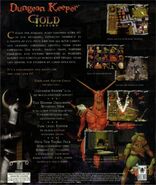 Back cover, North American release
Add a photo to this gallery

This article is a stub. You can help Dungeon Keeper Wiki by expanding it.
Retrieved from "https://dungeonkeeper.fandom.com/wiki/Dungeon_Keeper_Gold?oldid=12336"
Community content is available under CC-BY-SA unless otherwise noted.