Fighting, Praying, the sight of corpses

The Horned Reaper is essentially a miniboss creature the Keeper can obtain by sacrificing three useful minions: a

Bile Demon in the

Fast, deadly, and durable, the Horned Reaper is a melee combat specialist. The creature uses its scythe to deliver enormous physical damage with high accuracy; it can cover dungeon terrain quickly (including Lava), and in the thick of battle it is able to sustain heavy punishment with its excellent health and armor scores.

The catch, however, is that the Horned Reaper requires a strong financial situation and lots of attention.

Horned Reapers are very easily angered - they do not tolerate being slapped, picked up, going unpaid or unfed, or even being left idle. To stay happy, the creature needs a job; valid jobs for them include research, training, praying, scavenging, and

Guard Post duty. They cannot manufacture or man a

Barracks, and their research rate is poor. The

Temple are recommended idling jobs, being free and indefinite. Like all other creatures their anger level is also frozen while they are in a

Prison or answering a

Call to Arms, though of course, they will eventually starve to death in these tasks.

Sprinkle money on the Horned Reaper to erase all of its anger instantly. If its anger level is maxed-out for more than a couple seconds, it begins a distinct AI job, ANGER_JOB_MAD_PSYCHO, which is exactly what it sounds like: a psychotic rage where the creature will attack all allies and enemies in its path. This job is permanent. It is impossible to placate it at this point even when its happiness level is high again.

Must Obey spell prevents the creature from entering this state when angry, though it must be turned off after combat to allow injured creatures a chance to recover health in their Lair.

Avatar, with the same attack power, greater speed, less health, armor, and fewer Creature Spells. Taking down a Horned Reaper requires a small army of opposition and/or the use of esoteric creature spells like

When time or resources are of the essence, the optimal level for a Horned Reaper is 5, when he learns

Speed, and thereby gains a large boost to his movement speed and attack rate without a huge pay raise and fuss. The best way to direct one or more Horned Reapers to battle is with

Call to Arms. A creature's Anger level does not change even when slapped while it is performing the Call to Arms task.

Remember to consider the usefulness of

Mistresses, as each are experts in routine dungeon labor and their own fighting styles, before making the decision to go for a Horned Reaper. It is possible to command more than one Horned Reaper given the right assets on a map. A small group of them pulls the weight of dozens of lesser minions in a fight, but they are very expensive and slow to train and collect a hefty paycheck. Generally, a gem seam is needed to maintain such a force.

The sacrificial creatures are much faster and cheaper to train than a single Horned Reaper. It is suggested that these creatures should be trained before being dropped into the pool, rather than train the Reaper. In the end, you will have a higher level Reaper ready to wreak havoc. See

When there are multiple Horned Reapers in the dungeon, it can be useful to torture one during the payday, halving all the others' wages, or even full-time, to get the others to move and fight faster. If gold is dropped immediately onto the torture victim after he is set free, he will not go berserk.

Horned Reapers are good at scavenging. If one goes berserk, then throwing it into a

Portal, sacrificing it in a

Temple, or letting it die in combat sends a Horned Reaper instance to the Creature Pool, where it can be scavenged back as a content Level 1.

A Horned Reaper's Head, one of the main images of Dungeon Keeper 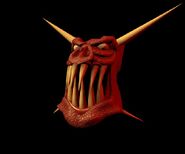 A perspective view of a Horned Reaper's Head.

Art of a Horned Reaper

Concept art of a Horned Reaper

Ingame animation of a Horned Reaper 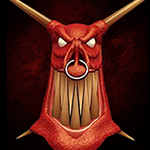 Yet another Horned Reaper head. 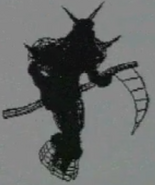 A design of the Horned Reaper's head. 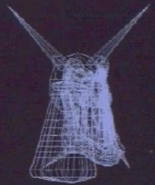 Another design of the Horned Reaper's head.

Player face of a Horned Reaper in Dungeon Keeper Online

Retrieved from "https://dungeonkeeper.fandom.com/wiki/Horned_Reaper?oldid=15496"
Community content is available under CC-BY-SA unless otherwise noted.