Start a Wiki
This article is about the level editor. For the creature type, see Undead.

UnDed is a level editor for Dungeon Keeper. It was abandoned after the official editor was released.

Originally created as a Windows 3.1 program by Christopher Delay and Gareth Sidebottom, Mefistotelis updated it in 2008 and made it into a 32-bit program. However, as of 2020, it is still in the beta stage.

UnDed is known to corrupt maps. However, there is a tool in DKTools that fixes maps corrupted by UnDed. 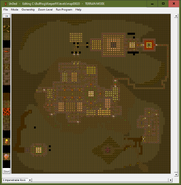 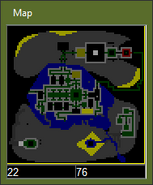 Level Previewer
Add a photo to this gallery

This article is a stub. You can help Dungeon Keeper Wiki by expanding it.
Retrieved from "https://dungeonkeeper.fandom.com/wiki/UnDed?oldid=14547"
Community content is available under CC-BY-SA unless otherwise noted.